NO BUDGET, NO PAY MAKE SENSE!

TAXPAYERS ARE GETTING A HAIRCUT BUT POLITICIANS ARE DOING GREAT. IT’S TIME TO CUT PAY & BENEFITS FOR ALL LEGISLATORS.  –  ALLEN

Allen Skillicorn, the Republican candidate for state representative in District 66, said he will sponsor and support “no budget, no pay” legislation to ensure that the General Assembly and governor pass an annual balanced budget as required by the state’s constitution...

“Illinois legislators are the fifth-highest paid in the nation and only meet half of the year,” Skillicorn said. “(The) Illinois Constitution requires a balanced budget to be passed every year.” 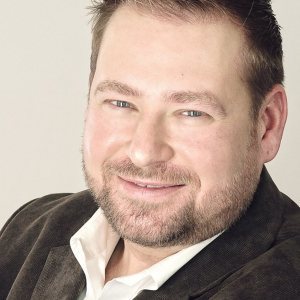 Skillicorn said Illinois has the second-highest property taxes of any state, and Illinois’ cumulative tax burden is one of the highest in the nation.

Skillicorn said holding office is an honor that should focus on the people, not selfish benefits.

“This is for a part-time job with only about 100 working days a year,” Skillicorn said. “Don’t forget the gold-plated pensions and Cadillac health-care package.”

Skillicorn said that with the continuous level of corruption he witnesses, something has to change and withholding pay may get their attention.

“If a constitutionally required balanced budget is not passed, the state’s constitutional officers and the 177 members of the General Assembly should not be paid their salary,” Skillicorn said. “In the private sector, we are expected to perform our jobs. If we do not, we should not be compensated. It’s time for politicians to start working for their constituents, not themselves.”

Skillicorn said he takes inspiration from Warren Buffet and his ideas on how to make sure elected politicians do their jobs.

“Warren Buffet once said on CNBC (that) he could end the deficit in five minutes if he passed a law that said all members of Congress are ineligible for re-election if the deficit was greater than 3 percent of the GDP,” Skillicorn said. “Now is the time to do something similar here in Illinois. I cannot make incumbents ineligible for re-election under our constitution, but I can pass a law that says vendors, nonprofits, hospitals and schools should be paid before politicians that caused the mess are paid. Politicians should be at the back of the line, not the front,”

Skillicorn also said that there is a level of hypocrisy in how the state government is working.

“State law demands that elected officials be paid, but vendors, nonprofits, hospitals, and schools are left in the lurch, waiting 90 days or longer to be paid by the state,” Skillicorn said.

Skillicorn said that is why he promises that if elected as a state representative, he will file bills to end lawmaker pensions and tie lawmakers pay to job performance on the first day.

“If Illinois’ population keeps going down, politicians get a pay cut,” Skillicorn said. “If unfunded liabilities go up, cut their pay. If they don’t pass a balanced budget, then no paycheck. This is how it works in the private sector. If politicians don’t like it, they should either find work elsewhere or start doing their jobs.”